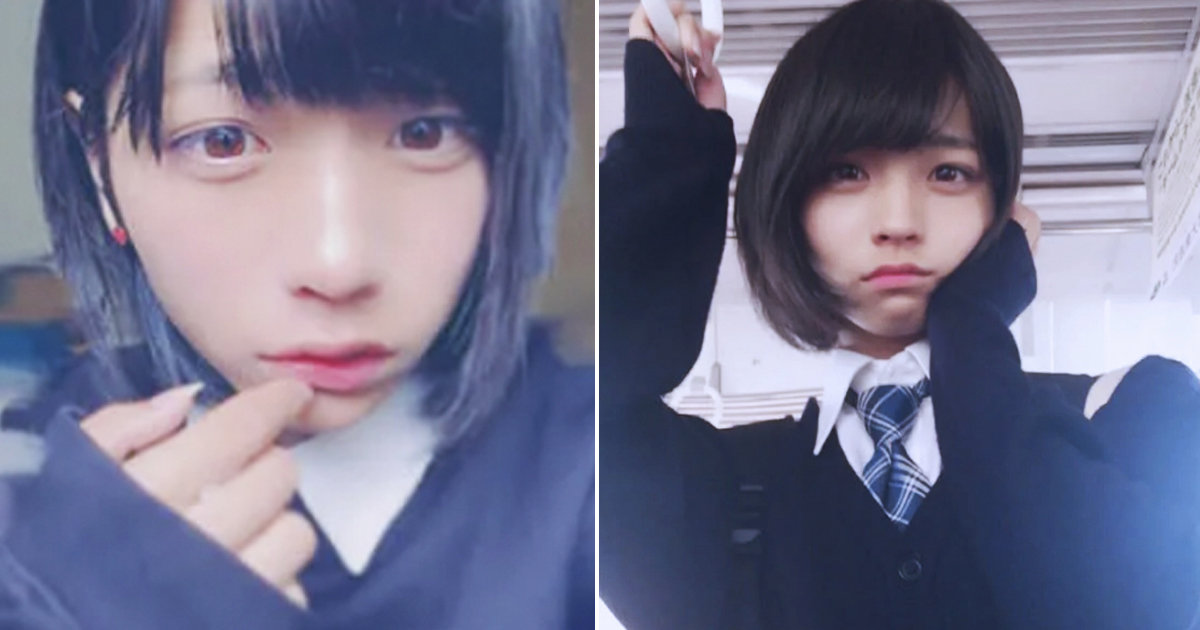 The ability to dress up as part of the opposite sex and appearing good while doing it has always made a remarkable impression on the internet. These gender-bending humans deceitfully play our eyes as we continually get captivated.

The trend has reached a top-notch with a Japanese high school student, who has been garnering a huge following since coming out to share his true gender. Ginsyamu has evidently been giving his classmates, particularly girls a run for their money.

Ginsyamu, 15 from Osaka attends a regular high school and due to his feminine looks, he’s become something of a celebrity with his regular tweet photos and clips of himself looking girly and princess-like.

The young teen had revealed he’s not a cross dresser, and the only time Ginsyamu has ever worn a female clothing was when he dressed in a sailor uniform for an occasion.

However, he does apply makeup, including eyeliners, lipsticks, and mascara when going to school and his parents have so far not made any complaints. Instead, they occasionally ask him to buy them cosmetics due to his wide knowledge of makeup.