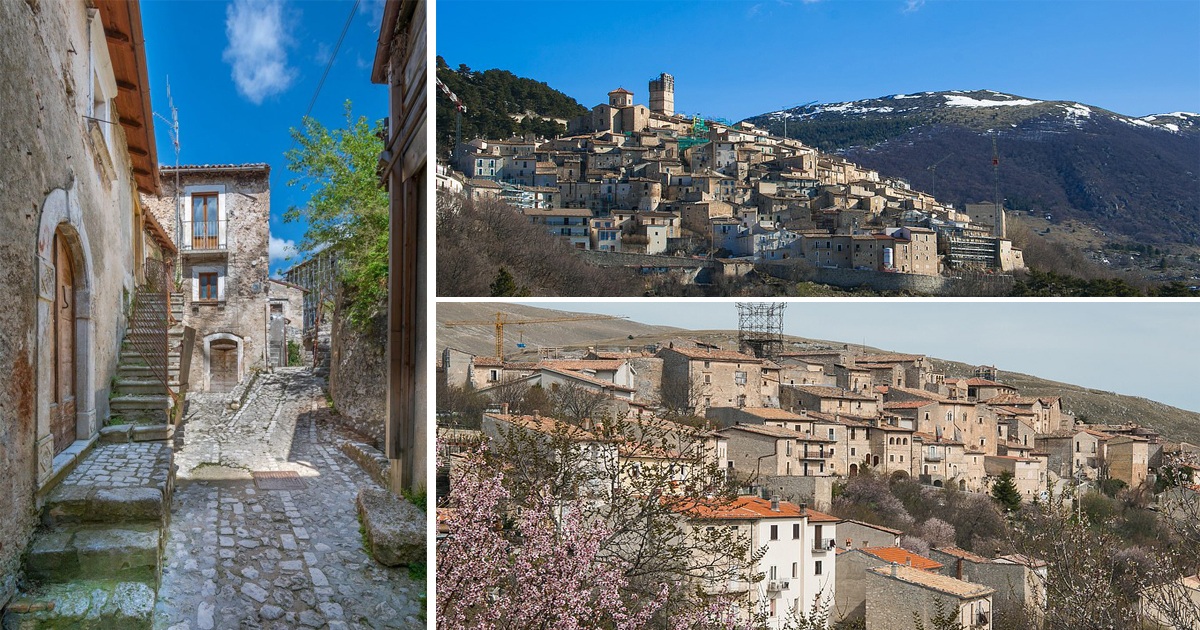 Italian Village is Offering People Up To $50K To Live There

An aging Italian village is offering to pay potential residents up to £40,000 to move there in an attempt to reboot the economy.

The small village of Santo Stefano di Sessanio is trying to entice more people to move and work from the settlement. New residents would be provided with a property to live in that they would have to pay a yet-to-be-determined sum of rent on, although it would only be a ‘symbolic’ amount. The deal also includes a monthly wage for the first three years, up to the value of (£7,200) per year.

The picturesque, hilltop town is located in the Abruzzo region’s mountains and currently has just 115 residents, More than half of them being pensioners. Less than 20 are kids under the age of 13.

The Remote Region Is Home To Just 115 Residents, Majority Being over 65

A one-off grant of €20,000 (£18,000) will also be given for anyone starting a new business that helps the town. Some of the key skills they hope to attract, include tourist guides, cleaners, pharmacists and those who can promote local food products.

The only catch is you must be a resident of Italy, or have the legal ability to become one, or EU citizens.

Applicants must also be aged between 18 and 40 and remain living in the village for a minimum of five years.

The town Has listed Some Skills That It’s Hoping To Attract, including Pharmacists and, Cleaners

The town council made their decision following a need to do something to ensure ‘a sustainable and lasting development’ of the area, which lies within the beautiful Gran Sasso e Monti della Laga national park.

According to its Mayor Fabio Santavicca. It isn’t the same as the €1 houses often advertised in Italy.

He said; “We’re not selling anything to anyone — this isn’t a business move. We just want to enable the village to continue to live.”