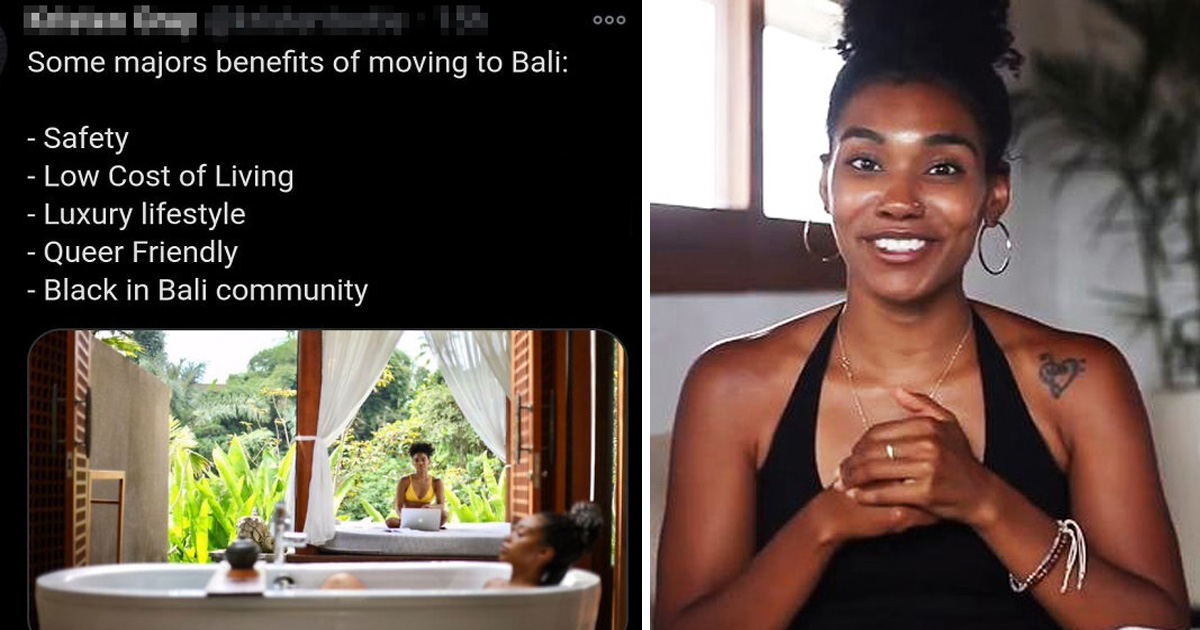 Influencer Brags On Twitter About Her ‘Awesome’ Life In Bali, Is Being Deported Over It

Yeah, it would be best if you didn’t blatantly tweet about the illegal things you’ve done in a foreign land and then inviting others to do so. Kristen Gray, who’s been staying in Bali, Indonesia over a year with her girlfriend, tweeted a series of ‘game-changer’ stories on how her life became better since moving out of the states.

This began like a thread of a pair of human beings finding life peace… right?

Apparently, Kristen, an entrepreneur and a digital nomad had been staying in a nice treehouse for over a year with her girlfriend. On Jan 16, 2021, the tweets that were posted highlighted Bali as a ‘queer-friendly community with luxurious, low-cost lifestyle.’

The tweet got off and Kristen immediately plugged in her own digital book ‘Our Bali Life Is Yours.’

However, a lot of people pointed out that the content of the book is problematic. As Corsetta Devine explained, the e-book talked about how one can avoid lockdown rules and protocols, ‘overstay her visa, and not paying taxes.’

The backlash was pretty intense, especially from Indonesians who find foreigners abusing and seeking tax asylum there.

Her girlfriend replied that they never felt had to pay taxes.

Kristen spoke to a reporter, “I am not guilty. I have not overstayed my visa. I have not made money in Indonesian rupiah in Indonesia. I put out a statement about LGBT, and I’m being deported because of LGBT.”

Kristen Gray and her girlfriend, Saundra Michelle Alexander, is to be deported and won’t be allowed to enter the country in the next six months. According to the head of the Ministry of Law and Human Rights, the two have broken several immigration laws while “spreading information that could unsettle the public.”

She may have extended her visa through sponsors for a tourism visa. However, she’s been found involved in businesses, such as providing consultations.

On top of that, the government of Indonesia have been actively moving against the LGBTQ+ movement, as addressed by a local.

Welp. They’ve been deported back to where they came from.

Don’t spread misinformation. Especially don’t encourage people to do the same. That’s the big takeaway from this incident.