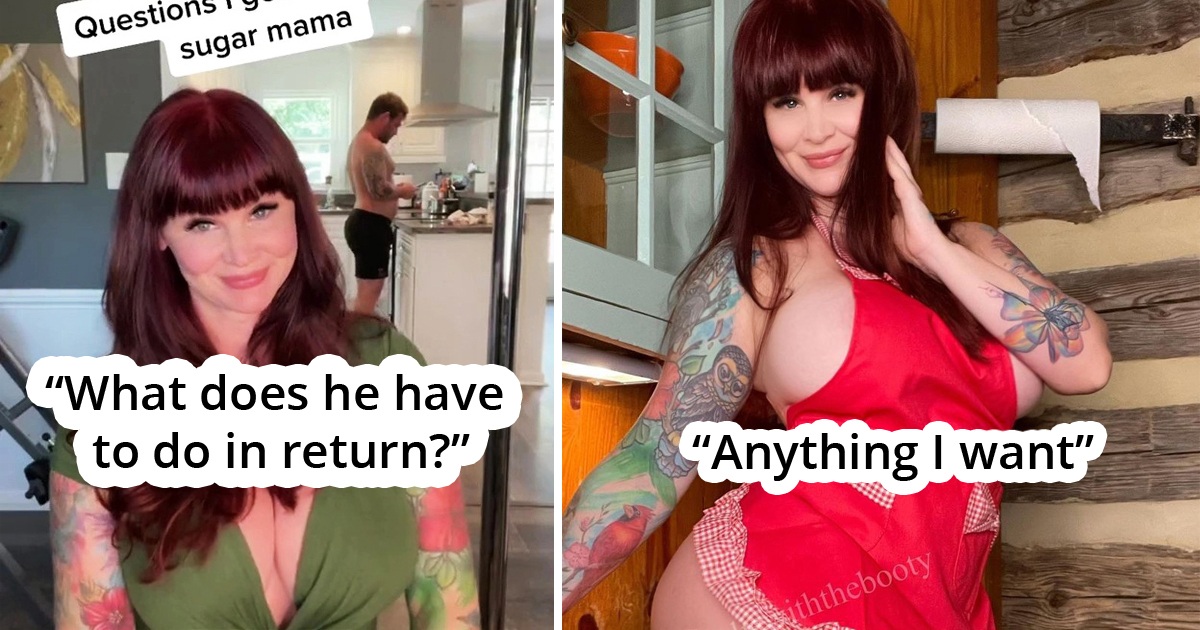 44-Year-Old Julie is a proud sugar mama who gives her man (15years younger) an allowance of £15K to do anything she wants, including cleaning her pool. This revelation emerged following questions from her followers on TikTok about her arrangement with her man.

Julie recently answered questions about being a ‘sugar mama’ on TikTok; instantly, it went viral.

With the username @Julie.withthebooty, the TikToker answered questions, including whether or not she buys things for her chap. In response, Julie confidently said: “Yes, anything he wants.” People also questioned what he had to do in return, and she answered: “Anything I want.”

The 44-year-old buys her chap, who is 15 years younger than her, ‘anything he wants.’

But there’s a give-back!

With followers wondering how much she pays him, she attested: “Yes, it’s 15k A month, but I lowered it this month as he forgot to clean the pool.” People were quite fascinated by the pair’s age difference, and Julie often gets asked if she worries her 29-Year-Old man will leave her for someone younger someday.

The 29-year-old will have to do literally anything Julie asks or wants, including cleaning her pool.

And interestingly, he gets a 15k per month allowance for being a loyal toy boy.

To this, she joked: “Shouldn’t he be more worried about me doing that?” More often, particularly when together in public, Julie claimed her chap regularly gets mistaken as her son. Yet, she isn’t bothered by cruel comments but claims her toyboy could be.

Julie often gets asked about her man, if he was her son. But NO, he isn’t.

Julie also revealed that she prefers younger men as they can keep up with her. And as seen in the comments, many people were left intrigued with the duo’s arrangement. One person wrote: “It hurts to see someone else living your dream. While another added: “I’ll duel that man for his spot.” Let’s ask, what do you think of this arrangement?

Likewise, she isn’t afraid of losing him; instead, her chap should be worried about being replaced.

A post shared by Julie With The Booty 🍑 (@juliewiththebooty)

A post shared by Julie With The Booty 🍑 (@juliewiththebooty)