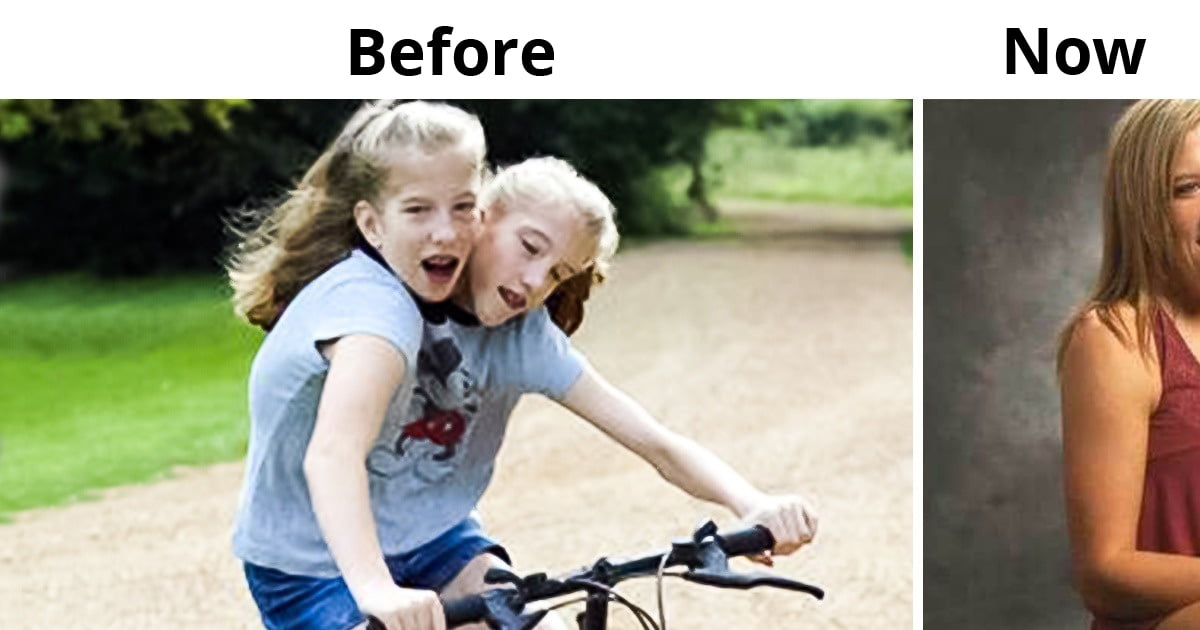 Here’s How The Lives Of The Most Popular Twins, Who Share One Body, Turned Out

Abigail and Brittany Hensel are 29 years old this year. They’ve graduated from college, have a driving license and are seemingly normal working adults. if you didn’t know they had a lack of positive prognosis for a happy life. The twin is conjoined around the chest, having own two arms and legs in total.

‘Joined for Life’ is a documentary on these girls who also own their show ‘Abby and Brittany’. When they were born in Minnesota in 1990, the doctors were in a panic because ultrasound scans didn’t show any issue in the baby’s development.

But the parents did not see anything wrong with them – they loved them even though they never expected more than one. But statistics proved that only one out of 30 million survives this physical condition where internal organs fail within 24 hours of birth.

But the kids did not experience organ failures. They continued breathing, surviving, growing up and even enjoying life like others. The separation will ultimately kill one of them and the twins were totally against the option.

Their parents did their best to help the girls and taught them not to pay attention to the looks others give. They also did not agree to any experiment on the twins even though it has a chance of helping the family to expect their future development.

They have 2 legs, arms, backbones, hearts and stomachs, 3 lungs and kidneys and one shared circulatory system and genitals.

This unique anatomy the body adapted to survive has not been understood by doctors. Each of the body could only feel and control their part of the body due to owning their own backbone. They had to learn to synchronize their movements, such as walking and driving.

They even know how to play the piano. They can finish each other sentences, read each other’s minds and even sync their physical needs, such as feeling thirsty or having to fix the hair.

Of course, they faced issues throughout their growth. Abby grew quicker and as her backbone stretch, it could break their shared chest, so her growth was slowed down. She grew 10 cm which causes Brittany to walk on her toes.

They both have different personalities, mental capabilities, and hobbies. They even have totally different tastes in food and many other things, such as colors. One thing for sure is that they both don’t like being stared or photographed.

They take different exams and are watched so they don’t tip each other. They show different grades with Abby excelling in natural sciences and Brittany in humanitarian subjects. They also passed their driving exam, although it two tries as Abby controlled the pedals and gears while Brittany watched the turn signals and lights.

They were in college and worked as babysitters during school vacations, which led them to choose to teach as their major. Abby teaches physics and math while Brittany teaches literature and history. The girls have not been updating their social media pages and it’s been rumored that Brittany was engaged.

Other conjoined twins such as Indian boys Shivanath and Shivram Sahu who had 4 arms, Lori and George Schappell who had different lives as well as Ronnie and Donnie Galyon, have also survived childhood. Galyon twins even became the oldest conjoined pair at the age of 68 and grew working at a carnival, talking about their lives.