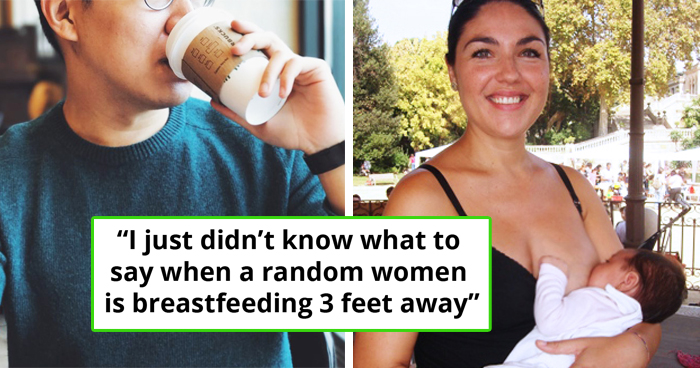 Not everyone is comfortable with nudity. But a breastfeeding woman is far from nudity or even sexual. And, indeed, some people are still finding themselves struggling with getting used to the situation.

A man who’s just having his coffee while reading portfolios encountered an awkward situation.

The good thing here is this man realized that he might have done something wrong and tried asking Reddit if he really should’ve done better. After creating a throwaway account, he shared his experience.

“AITA for asking a woman to breastfeed somewhere else?”

A mom with her baby came to enjoy coffee, and suddenly, it happened.

Inside a busy cafe, a mother probably wouldn’t find a suitable, secluded spot for breastfeeding. And what the man did might have been pretty awkward for both of them. And he now just feels really bad about what he did.

He added that the woman also seemed sorry that she made him feel uncomfortable. And now that he realizes he might’ve done something wrong, he asked if he was the one in the wrong. Glad to tell you guys that he had the decency to genuinely asked about it.

Did you know that the official NHS site states that it’s illegal to ask a breastfeeding mother to move? So yes, mothers are protected by the law to feed their baby anytime, anywhere, in public.

People laid it plain and clear that what he did was wrong.