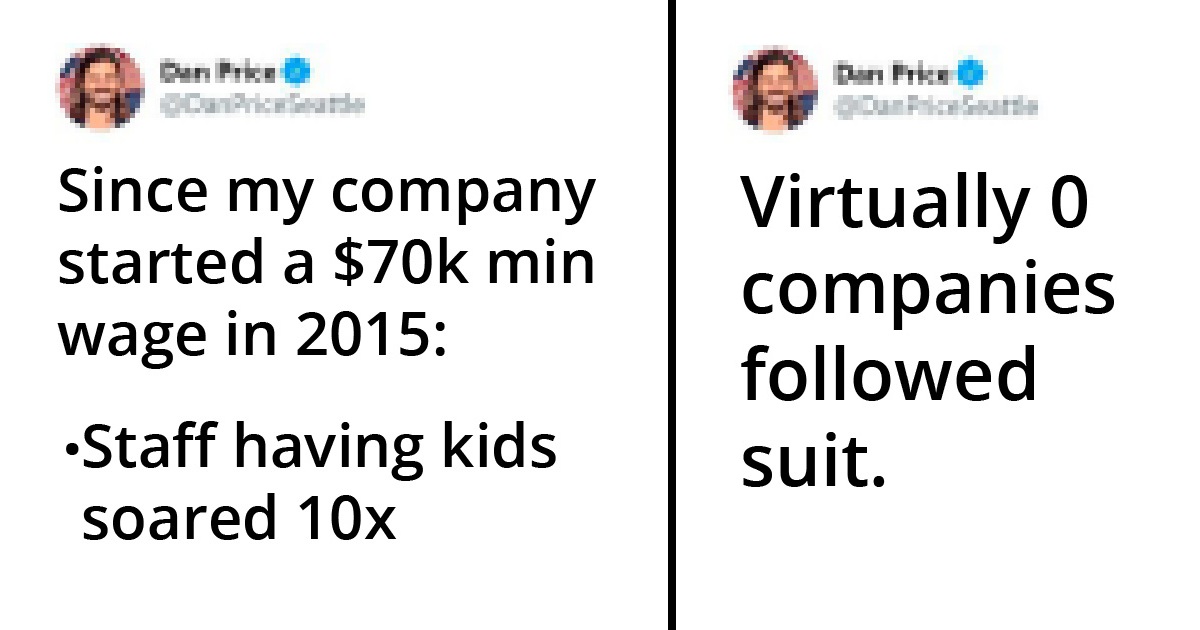 It all started when Dan Price hiked with his friend Valerie in the Cascade mountains that tower over Seattle. As they walked, Valerie opened up to Dan about her chaotic life. Despite holding two jobs and working up to 50 hours a week, she struggled to pay her bills. Dan got really angry. After all, Valerie had served for 11 years in the military, doing two tours in Iraq. She grossed a $40,000 a year salary, but that wasn’t enough to afford a decent home in Seattle.

On the other hand, Dan was a millionaire whose annual earning just tipped over $1.1M. He made his fortune through a company, Gravity Payments, and he set up in his teens. Their short conversation really made Dan realize that a lot of his staff might be struggling. So he set out to change that.
While reading on happiness, Dan stumbled upon a paper saying that additional income can significantly differ in a person’s emotional well-being up to the point when they earn about $75,000 a year.

So, he increased the salaries for all of his 120 employees, raising the minimum salary to $70,000, and slashed his $1 million salaries by 90% to make it happen.

Recently, Dan shared a powerful message for all of them.
People are starving or being laid off or being taken advantage of so that somebody can have a penthouse at the top of a tower in New York with gold chairs,” Dan said. “We’re glorifying greed all the time as a society, in our culture. And, you know, the Forbes list is the worst example – ‘Bill Gates has passed Jeff Bezos as the richest man.’ Who cares!?”

Dan couldn’t be happier about his decision. “What I got back in return was better than anything I could have ever imagined and was truly exciting and shocking in some ways,” he told the afore-criticized Forbes.

Many praised the brave decision, but as expected, the movie didn’t sit well with others, and it had a fair share of doubters and haters as well.