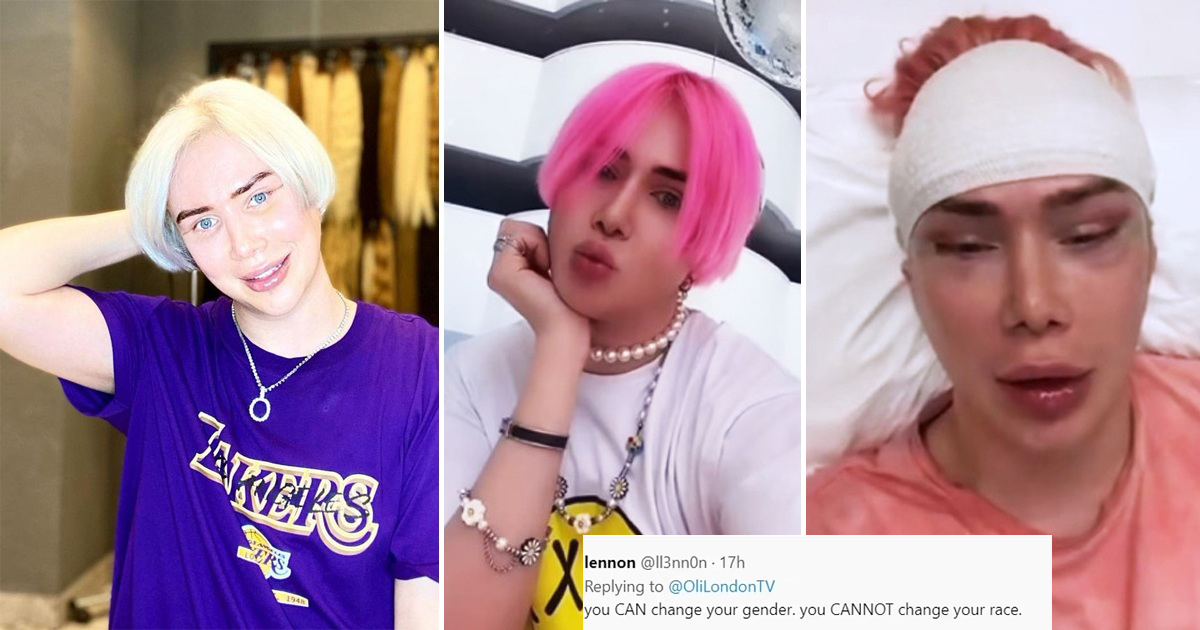 British influencer Oil London had strived to appear like the singing sensation K-pop star Jimin for over 5years and has spent an estimated $150,000 on surgeries. A few days back, Oil London made the news after revealing they now identify as a Korean non-binary person. Threading on this path, the influencer has yet again undergone eye surgery, a brow lift, and a temple lift.

Oil London is slammed heavily online after revealing they now feel Korean after getting eye surgery.

The influencer who came as a transracial also underwent a brow lift and a temple lift.

They added: “Finally, I’ve been trapped in the wrong body for eight years, and that’s the worst feeling in the world when you’re trapped and don’t feel like you can be yourself. But finally, I’m Korean, I can be myself, and I’m so, so happy.” As expected, reactions weighed in, and of course, the post was met with divided opinions. Some internet users went as far as accusing the influencer of “Ultimate Cultural Appropriation.”

They claim to have been trapped in the wrong body for eight years, which is the worst feeling in the world.

“You could have just moved to Korea and got citizenship. This seems so disrespectful to me.” One user wrote. A second added: “I grew up as an Asian in a non-Asian country. Getting bullied for the way I look, especially my eyes. Finally, I’m somewhat happy with how I look. And you really just said you’re Korean because you got surgery to make your eyes as stereotypically Asian as possible? Feels weird.”

As expected, comments weighed in but weren’t favorable.

A third commented: “You can change your gender. You cannot change your race.” While a fourth stated: “He just said, “I’m finally Korean, guys, I have the eyes.” However, a few defended the influencer and congratulated them on their journey. “So glad you are finally feeling who you always should be. I’m on this journey with my now daughter; she has felt the same trapped in the wrong body. Speedy recovery.”