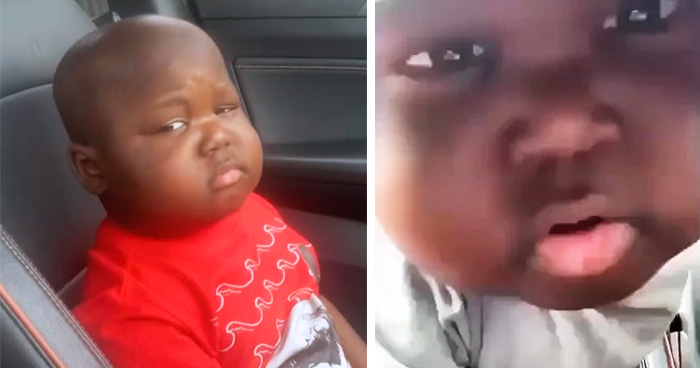 Boy Behind The ‘Where We About To Eat At?’ Viral Video Passed Away At Age Six

In July 2015, after turning one, Antwain Fowler went viral after his mom, Chyna, shared a hilarious clip of him saying, “Where we about to eat at?” while he was seated in his car seat. Sadly, the witty child has passed away at age six after battling the autoimmune disease for five years.

Antwain Fowler, the child behind the ‘Where we about to eat at?’ viral video, has died at age six.

Sharing the news on Instagram, Chyna shared an image that read: “The pain in my heart is like no other. Why God.” And captioned it: “Never in a million years. My heart is out my chest.” In a detailed GoFundMe that has since raised over $54K for expenses associated with his illness, Antwain’s family had described how it had affected his life.

“Never in a million years, My heart is out my chest!” Read the caption of Chyna’s image.

In 2015, Antwain was diagnosed with a disease called autoimmune enteropathy.

His family explained via the page: “The first four years of Antwain’s life was an everlasting fight and very crucial experience for his family. Through unlimited prayers and doctors working around the clock, Antwain is progressively and truly grateful for all that he’s accomplished thus far.”

As his family said, Antwain underwent 25 surgeries, was unable to drink milk or eat solid foods during his earlier childhood.

At the moment, the family is yet to confirm the exact cause of his death, but Antwain’s over half a million followers have expressed their support to his mom in the comments. While Antwain had undeniably made an internet-famous, he suffered from several ailments throughout his young years that often made him stay in and out of hospitals.

His family is yet to confirm the exact cause of his death, but Antwain’s fans have expressed their support.

As his family claimed, Antwain underwent 25 surgeries and could not drink milk or eat solid foods during his earlier childhood. Nonetheless, most people have since found inspiration and feel drawn to his courageous character. Before this, precisely 5days ago, a clip of Antwain wearing shoulder pads and dancing around had been posted.

Precisely 5days ago, a clip of Antwain wearing shoulder pads and dancing around had been posted.

This came after he recently had a procedure called intravenous immune globulin done to help him gain muscle, and his Chyna had stayed hopeful that it would be the beginning of his recovery. Likewise, his mom had also shared that Antwain wanted to be a character of Squid Games for Halloween, but eventually, he didn’t have the chance as she spent his holiday in the pediatric ICU but wore a Marvel Superhero costume for his bed.

His other viral video is “Is that me? I swear to god that’s me!”