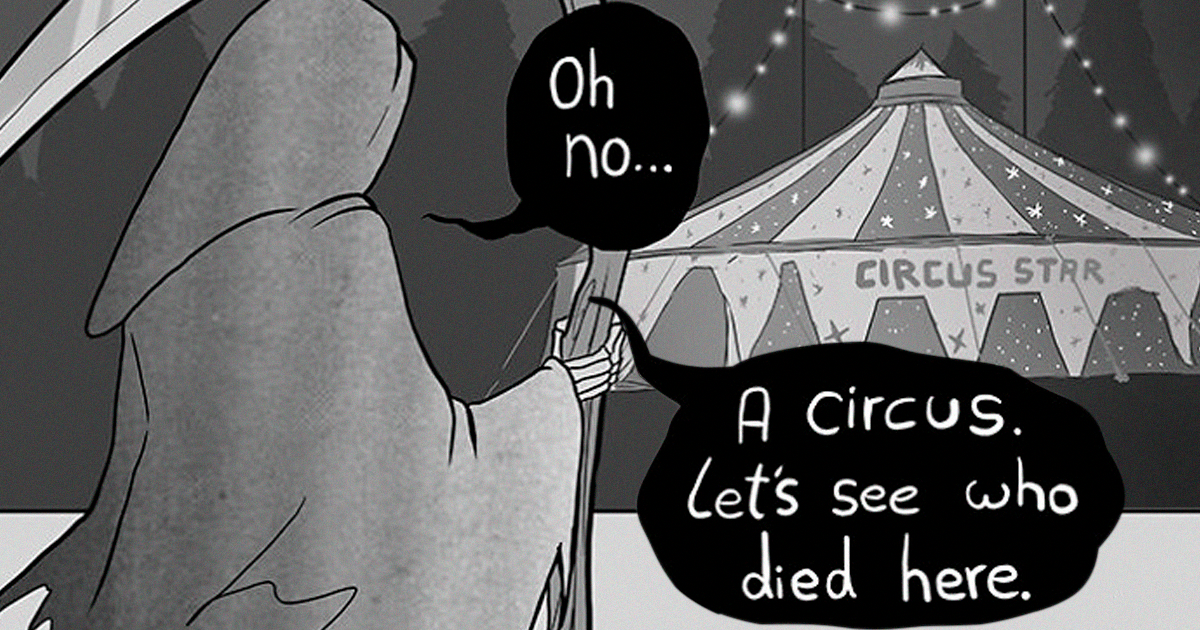 Comic Artist and Freelance Illustrator Jenny Jinya have garnered quite a number of followers for herself. With roughly 163K followers on Facebook and 203K followers on Instagram, her Good Boy and Black Cat strips are major reasons.

Tackling a few problems, her recent comic deals with animal abuse in circuses. The artist imagined the life of a lion at a facility that persuades the king of Jungle to perform. Here again, she has done an excellent job by revealing how cruel people can be towards animal creatures.

‘Presently, there are some circuses where huge holograms inspire audiences instead of wild animals. Some circuses don’t even show animals at all and rely totally on their human clowns and acrobats. I just hope such a trend will spread far and wide.’ Jenny told Bored Panda.

She added: ‘It wouldn’t have mattered if I had presented an elephant or a lion. Wild animals in general need freedom – they should hunt, protect their families and sleep in the sun. They shouldn’t be jumping through hoops. If they refuse, they will be punished.’

Bringing attention to creatures who don’t have a voice to speak up for themselves, Jenny’s works sometimes get a completely different message. On the other hand, Freedom For Animals, a charity campaigning to end the use of animals in circuses is all in support of Jenny’s concept.

‘Moving location weekly means they spend almost a year in a temporary lodge. The creatures might be confined for hours and even for days in their traveling cages. It’s impossible for a traveling menagerie to give circus animals the facilities they need.’