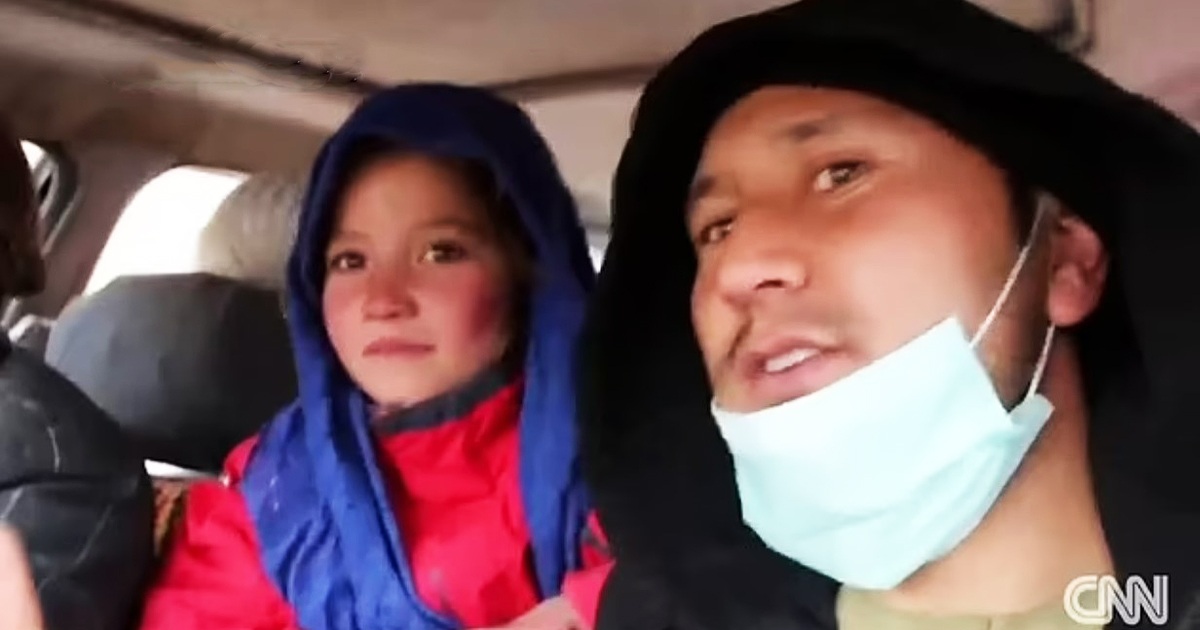 Afghan Girl, 9, Rescued From Being Sold In Marriage To A 55 Y.O. Man

Parwana Malik was only 9 when her father shook hands with a 55-year-old on a deal that will exchange her life for food, land, and cash worth only $2,100. In Afghanistan, the girls have also been banned from secondary school, and women aren’t allowed to leave their homes without a male chaperone.

The Afghan girl cried as her father, Abdul Malik, handed her over to a stranger named Qorban. She spent the whole previous day crying that she wanted to be a doctor.

But that wasn’t her fate – Too Young to Wed, a US NPO, rescued the girl and drove the family out of their camp to a house in Herat.

Stephanie Sinclair, however, told CNN, “This is a temporary solution. Really what we’re trying to do is prevent girls being sold into marriage.”

Parwana spent two weeks before she was rescued, and Qorban went into hiding after severe criticism hit his name. But a smile returned to the girl’s face, “I am really happy. They rid me from my husband, and my husband is old.”

Her mother, Reza Gul, was against the deal. She said, “Of course, I was angry, I fought him, and I cried. He said that he didn’t have any option.”

The struggling family had spent the past four years struggling in poverty and living in the camps located in northwestern Badghis province. Their work only pays them less than $3 a day, and they rely on humanitarian aid for the most part.

While marriage under 15 is illegal worldwide, the practice continues in particularly rural areas. Taliban’s grip in Afghanistan has become the main reason that child marriage cases continue to rise.

“My father has sold me because we don’t have bread, rice, or flour. He has sold me to an old man,” the 9-year-old told her story.

Abdul and his wife had tried everything from borrowing money from relatives to begging for food from just about anyone. He said, “We are eight family members. I have to sell to keep other family members alive.”

“This is your bride. Please take care of her. You are responsible for her now, please don’t beat her,” he told the stranger.

But Parwana refused to leave as she cried and fought on the doorstep, refusing to go with the man. Eventually, her small body wasn’t able to put up any meaningful fight and they drove off to her new home.

CNN managed to get some words out of the old man, “[Parwana] was cheap, and her father was very poor and he needs money. She will be working in my home. I won’t beat her. I will treat her like a family member. I will be kind.”

Yet, her father felt helpless about the situation, “The old man told me, ‘I’m paying for the girl. It’s none of your business what I’m doing with her, that’s my business.'”

“As I can see, we don’t have a future – our future is destroyed. I will have to sell another daughter if my financial situation doesn’t improve – probably the two-year-old.”

There are many stories similar to the little girl, such as 10-year-old Magul who was sold for a similar price tag to a 70-year-old man. She cried, “I really don’t want him. If they make me go, I will kill myself. I don’t want to leave my parents.”

She was saved, but her father had been dragged to a prison dominated by the Taliban as he couldn’t repay the $2,100 back. Despair was clear in his words, “I don’t know what to do. Even if I don’t give him my daughters, he will take them.”

Afghanistan’s economy has been on the brink of collapse with many families barely surviving on less than $2 a day.

“Day by day, the numbers are increasing of families selling their children,” said a human rights activist from Badghis said. “Lack of food, lack of work, the families feel they have to do this.”

UN Secretary-General Antonio Guterres is urging countries to unfreeze their humanitarian aid and invest back into the country. Withholding back help means that it’s the young girls and the poor who suffer the most.

“We don’t have months or weeks to stem this emergency. We are in the emergency already.”

Sens. Shelley Capito and Dianne Feinstein wrote a letter that reads, “American disengagement from Afghanistan puts at risk hard-won gains for Afghan women and girls. Women and girls are now suffering the predations of a Taliban regime with a track record of brutalizing, isolating, and denying them life and liberty. Taliban leaders who promised that women would be treated well under the new government are not upholding those commitments.”