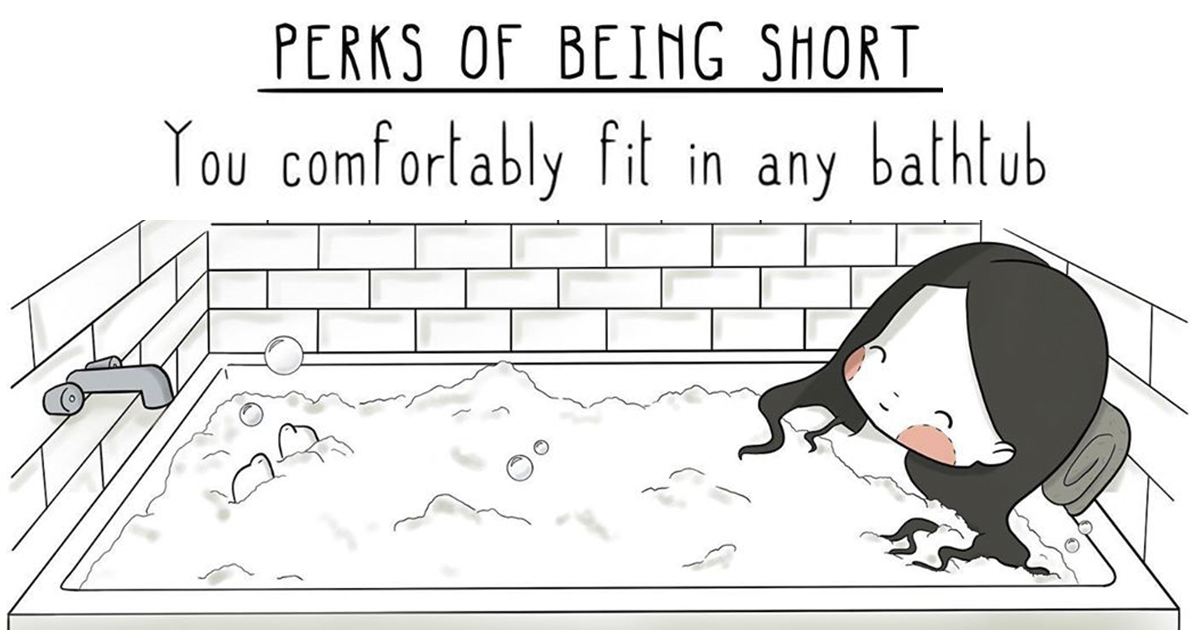 Life is beautiful and can be very interesting even if you’re short. And honestly, that’s one thing you can perceive as well as see via these illustrations titled ‘Three Under the Rains and Heart-touching Perks of Being Short.

Brisa, an illustrator standing at a mighty 152cm, almost 5feet revealed what her favorite perk was.

‘I so much love hearing the heartbeat of my fiancé when I hug him tightly. But I think having legroom, most especially in the trains, car seats and on airplanes is way a better perk.’ Brisa said.

Drawing illustrations about her life with Joan (her partner) and their Labrador Marly, Brisa first uploaded her comic to Instagram in September 2017.  Since then, she became widely recognized and has garnered over 285k followers.

Speaking to Bored Panda, Brisa added: ‘The journey with the series of Short People Problem started when I thought it would be hilarious to laugh out loud the daily struggles that short people face a lot. And since the idea came to life, it became super well-received. Although comments reveals people complaining about not liking being short and how it made them feel less confident.’

‘In my late twenties, I was fine with my 152cm height. It is who I am and I loved it, but there was a time when it wasn’t like that for me. So I thought it could be great to create parallel series hinged on the perks that being below average height have.’

Brisa continued: ‘I have always loved art and in fact, I felt a bit overwhelmed by the Three Under The Rains series. Instead of taking a break from illustrating, what I do is just to draw other stuff in a unique style and then I recharge to go back to the comics.’