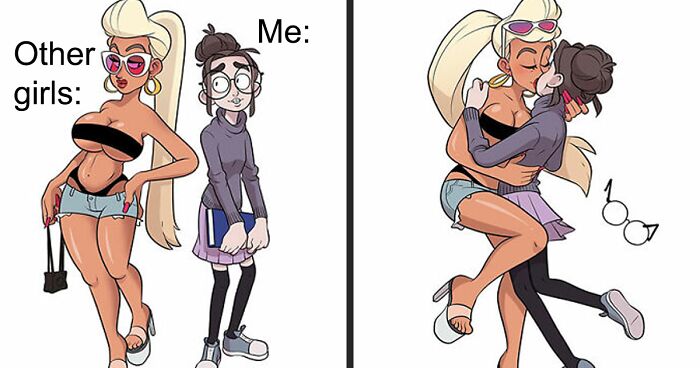 It is pretty unlikely that you have not heard of Adam Ellis and his comics that are not serializing on Webtoon with the title ‘Books of Adam.’ Yes, Adam makes his comics and often uses the same main character named Adam based on himself.

Adam’s comic page on Instagram has grown so big it now has over 1.7 million followers! When it comes to his stories’ inspiration, even readers can guess how they are often from the latest trending news. But that’s not all Adam draws about.

Adam Ellis began his solo career as a cartoonist in 2018, and years of hard work paid off as more people followed his accounts. But Adam’s career was not always smooth as he doesn’t just touch on easy and humorous topics – Adam is not afraid to use his comics to call out clouts and talk about sensitive topics.

He has also been criticized for his art style, which sometimes use a copy of similar layer on different panels or comics. People accuse him for being lazy and showing very low effort in making his comics. Some also think his character is boring the jokes aren’t funny, but you know what, you can’t satisfy everyone. Adam doesn’t care about the negativity and just focused on what he does best: making comics!

Adam’s comics’ unique thing is that aside from the hilarious comics with funny twists, Adam has a load of creative storyboard spanning from horror to melodramatic. Thanks to his very well-polished skill, he can deliver a wide range of genres in his comics.

If you love Adam’s comics, then we suggest you check out his Instagram as well as his Patreon page, where you’ll get even more juicy, exclusive content!