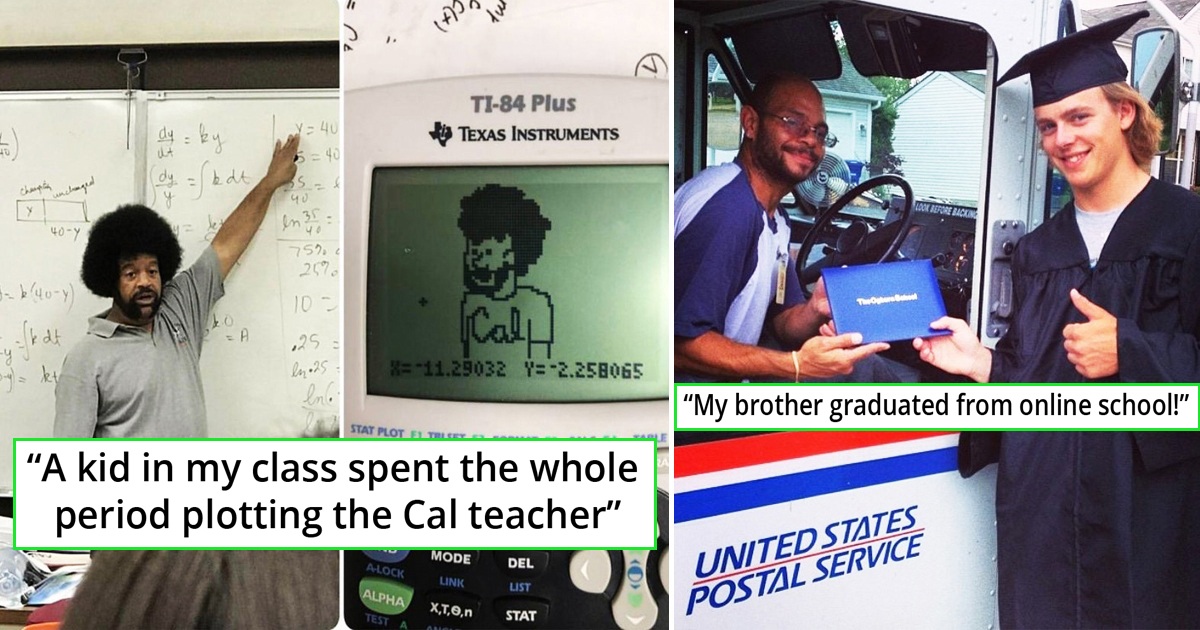 30 Hilarious Times Students Nailed An A+ In The Humor Subject

Children, teenagers, and young adults spend a lot of time studying at school. Naturally, that’s where they learn basic skills that become the foundation of when they want to achieve higher education. It is also where their characters, personalities, and mindset are molded and influenced. The school has a bigger impact on students than most people think.

But taking aside the serious stuff, school is also an interesting place to find interesting students. Particularly ones that are born with the blood of a true jester. These kids love doing all sorts of hilarious things or they’ll be bored and thanks to them, school and teaching life are not always dull.

Student leading the teacher towards 100.

Dad’s art project. He drew a stamp on a letter, mailed it to himself and got it back. A.

Told students they can bring a 3×5 inches note for the final.

Student said he’s having a dinosaur crush my car because I failed him on an exam. He did.

This person was in charge of making T-shirts for the graduating class at Peninsula High back in 2015.

These students are really good at the game.

How we all feel about math tests.

Doodle on board at class today.

Sean is in charge of college newspaper. Sean hides things.

Highschool students hired a Mariachi band to follow the principle around for 4 hours.

Do people ever grow up, though?

Boy secretly changed his name when in grade 11 and nobody noticed.

Looks like nothing’s wrong except that it’s NOT Tuesday – it’s Wednesday.

Someone passed around a pineapple shirt on picture day. It was hilarious.

This kid whose smart answer got him a tick.

This kid spent the whole class plotting the Calculus teacher.

Just ask me for them.

We were told to create a resume and cover letter for a Marvel character. One of the students did this.

Brother graduating from an online school.

She’s bound to smell that cheeto.