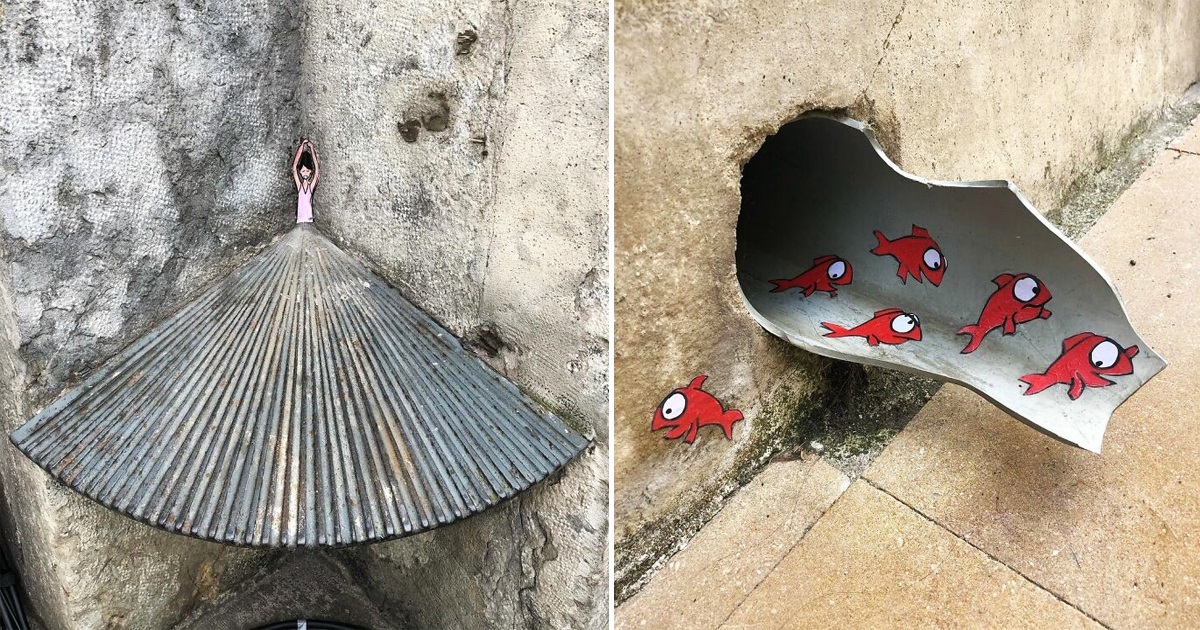 30 Acts Of Vandalism That Are Really Hilariously Creative

Vandalism is a common term people use to describe destructive acts towards public facilities. But Cal’s ‘vandalism’ isn’t destructive at all – in fact, he’s a creative artist who makes his seemingly boring and normal surroundings look so much more interesting. Rather than vandalism, they are art that makes every chipped walls and sidewalk so much more interesting to look at.

If Cal were to describe his artwork, he’d call it ‘light-hearted’ and rightly so. There are many types of street artists out there, and Cal prefers to draw cartoons and animals. Thanks to his way of looking at things, his artworks spread laughter and joy when people notice them.

Whenever he walks around, he always lets his imaginations play around with the details that people tend to overlook. Sometimes he’d jumped right into the action and draw, but there are also times when he’d come back later to bring the necessary supplies. Because of his works’ nature, sometimes they stay for years, but sometimes they don’t even last 5 minutes! Well, of course, we’re talking about falling leaves and walls after all!

For now, Cal enjoys exploring his own city, Lyon, in France and often leave marks here and there. One of his recent favorite thing to draw is book covers on bricks. Sometimes they are bricks from a wall; sometimes, they are single brick stones that he takes home after finishing them. He’d left a few for people to take home in the streets, however!

His Instagram account has grown with 29.9k followers of people who love how he imposes his creativity on his surroundings.