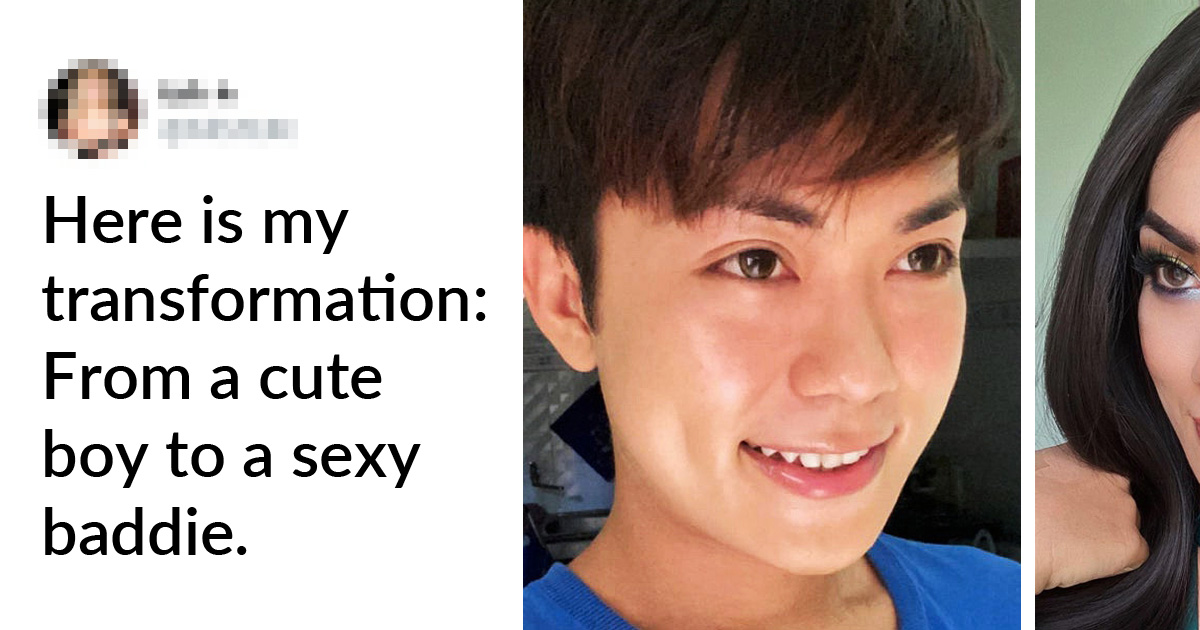 21 Women Whose Makeup Game Are So On Spot

Makeup is a powerful tool that everyone from every time period has used. It is generally used to conceal flaws in our appearance while highlighting beauty. Every woman can look beautiful even without makeup – you have those qualities without having to dab thick layers of concealers and blush.

More than that, makeup has become a form of art that many people enjoy doing. It helps turn them into someone they want and enhances their features. The best part of it is we’re in a time when soft and natural is the key (thank you, k-beauty). Whose makeup game is your favorite here?

Here is my transformation: From a cute boy to a sexy baddie.

“Tried a ‘look my best, but still somewhat subtle’ sort of look.”

We did say makeup is old, but it is not just something that existed for a few hundred years. The first record of makeup could be found as far back as 2900 BC during the 1st Dynasty of Egypt. Both men and women would use unguent jars for what was essentially a moisturizer. The women would often use dark green color as eyeliner and kohl as mascara.

“Me before make up vs me after make up.”

“Girly Glow before and after!”

“Without makeup vs with makeup.”

“I’m a hairstylist and wear a full face of makeup to work every day.”

“The power of makeup!”

“This year my resolution is to love myself! And to let my freckles live!”

The standard for beauty differs between regions, and even then, women would take drastic measures to achieve that. In Europe, women would bleed themselves to look pale, which was a sign of wealth. In Spanish, pink makeup was a way to prove that you are rich enough to afford them.

“My early Thanksgiving look! Got a bunch of new makeup recently and was eager to try it out.”

“Before and after makeup. I personally love full coverage and darker brows.”

“No makeup VS today’s natural glam.”

Nowadays, makeup trend changes so fast, thanks to how advanced technology in the makeup industry allows us to wear any color. From soft, natural makeup of k-beauty to wild, glam look by the ultimate drag queen, it’s possible to sport all of these looks without going super extreme.

“Used a lot more blush than I normally do – very happy with how it came out!”

“Before and after of a minimal makeup morning. Trying bolder brows!”

These women nailed their looks so perfect, some look like they barely wore any makeup, but it was enough to enhance their looks. Some went with glam looks that really slay!