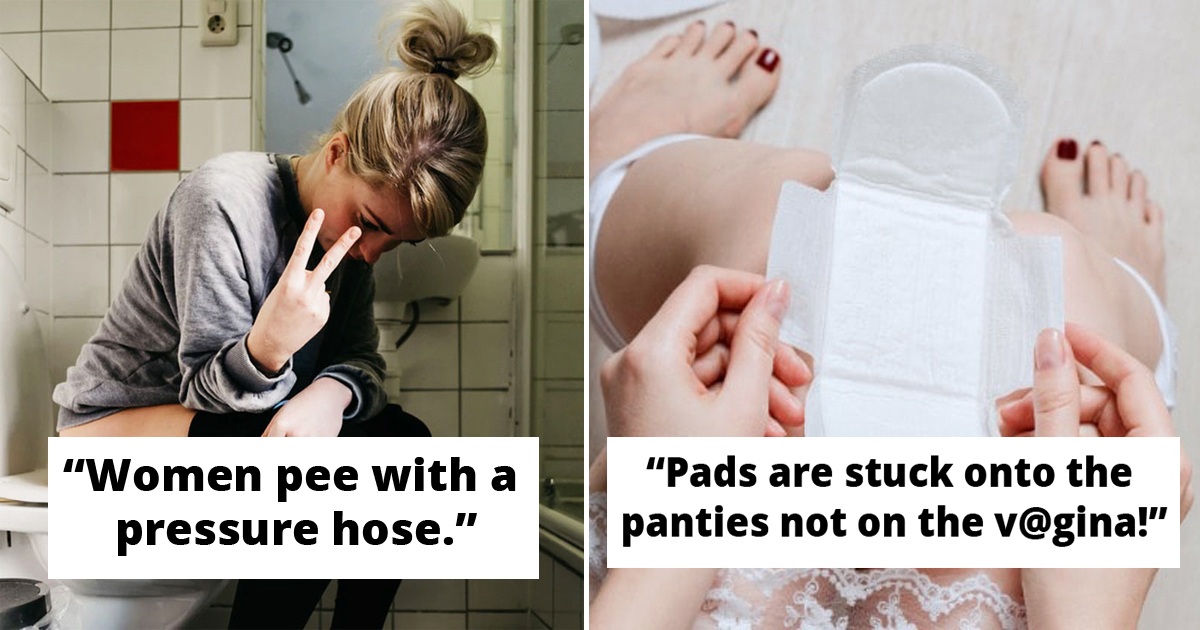 Reddit is such a huge place where people ask all kinds of stuff. One of them recently was, “What’s something you didn’t realize that women did until you lived with them?”

And, oh, boy, these men could not imagine. Their eyes were truly opened after actually spending more time with a woman that is not their mother. And if you’ve been curious what men might find truly unusual about women, you will love this list. Really, hearing about them is different from living with one.

Scroll on and enjoy.

“That women have magically regenerating hair. Otherwise, my girlfriend should be bald judging by the amount of hair she leaves around the apartment.” – _Ardhan_

“My girlfriend of a year had naturally curly hair that she straightened every morning. Never had a clue.” – kjhwkejhkhdsfkjhsdkf

“That decorative pillows are a thing. You carefully choose and purchase them just so you can spend the rest of your life pushing them out of the way, and occasionally cleaning them.” – Renaissance_Slacker

“When I was growing up, my (single) mum would always tell me ‘Make sure you put the toilet seat down, your future wife will thank me.’

Second-year of uni, was in a house share with two guys (me and another), two girls. I was genuinely shocked that the girls didn’t put the toilet seat down. (Okay, so it turns out that there is a difference between the ‘seat’ and the ‘lid’.)

Still, I always put the seat lid down – apart from anything else, when you flush when you’re wearing shorts, you realize just how much spray there is…” – fairysdad

“Different grades of tampons are for heavy or lighter flows, I could figure that. But apparently wearing a super flow for a week instead of changing out for multiple lights is a good way to give yourself a bit of the ole toxic shock.” – PoorEdgarDerby

“Women pee with a pressure hose. I still get a little scared when I hear a girl have a good piss and it sounds like she’s boring a hole through the toilet.” – aegroti

“It took me a while to figure out that pads are stuck onto the panties as opposed to right on the vagina!” – aurelieus

“I still don’t know what she does with that weird rock thing in the shower.” – khaosknight69

“I never realized just how much blood comes out of a woman on her period until I walked in on a friend taking a shower… I honestly thought she was dying and bleeding out.” – Eldritchedd

“I did not realize that women had to pluck the hair out on their nipples. I was shocked!” – Drinkpimp1969

“I was about 19 or 20 when I learned women wipe after they pee. It’s not that it didn’t make sense to me, I just never had a reason to even consider it as a thing. So I was quite dumbfounded when I saw it happen.” – AshSnatchem

“Women use a lot of toilet paper, A LOT.” – nunesgss

“When you date a girl and you come to her place, everything is always clean and organized, but once you live with her you learn that she is as much of a slob as you are.” – jenyad20

“My girlfriend’s burps are far more powerful than mine. I beat her in farts, however.” – AlienAmerican

“Get angry with me for what I did in her dream.” – dirtymoney

“Take scalding hot showers. It’s like the only use the cold knob has is to hold the body scrubber thing.” – biomech36

“Steal my hoodies then complain when I stole her bras.” – H0use0fpwncakes

“Spend hours doing hair and make-up and doesn’t look all that different from when they started. Also, don’t ever say that. I learned the hard way.” – Stillloveyou112