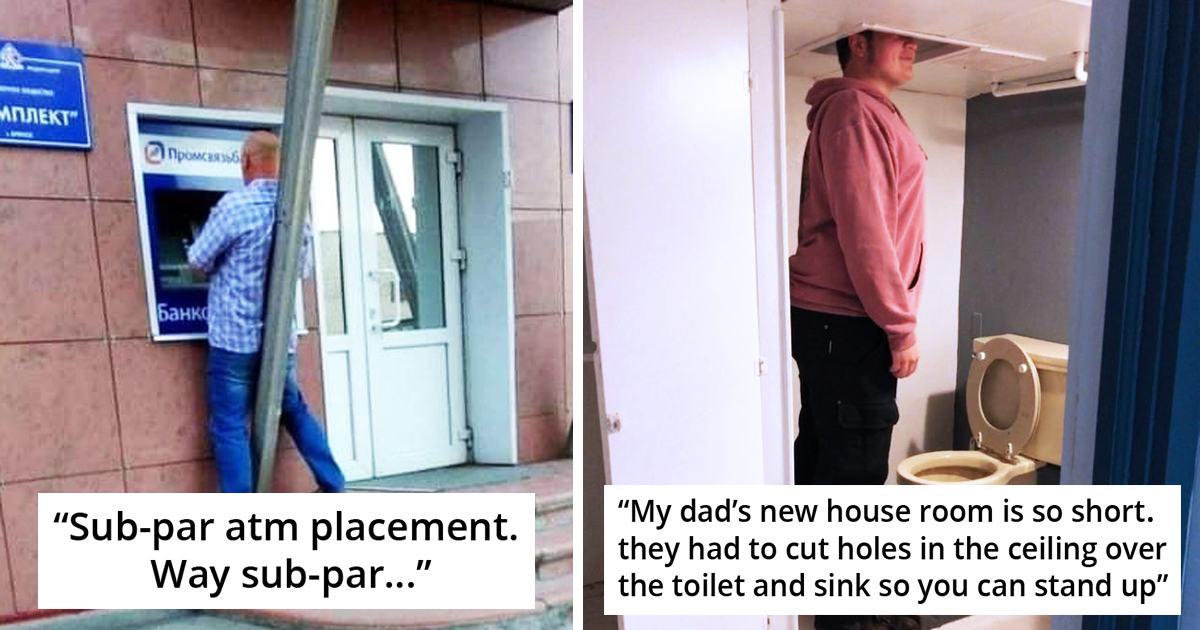 19 Design Fails That Are Hilariously Worst

What the hell is going on? How do people propose these designs, and they said, ‘Yeah, that looks totally fine by me.’? That is why we can find these designs as they end up in a subreddit called ‘Crappy Design.’ The name is self-explanatory, and they are pretty stroke-inducing to see.

Just imagine having to live your life going through these buildings and structures. Some people really don’t have the knack for it, but the biggest question was how these designs were accepted just like that, and nobody said anything until they end up in this subreddit.

“Thought you had to read it in a circle. Took me a minute to figure it out.”

“I saw this on a box. I don’t know how to lift it like the picture said.”

“I don’t think these images are to scale.”

“I saw this on my instagram feed and at first glance I thought I was having a stroke because I couldn’t understand what the title was saying. Then I saw the “t”.”

“My school’s official anti bullying presentation. Every title slide is the same way.”

“Daily pill organiser. No chance of any confusion…”

“The men’s bathroom door is three times this width.”

“What is the store’s name? What do they sell?”

“This weird straw that looks like it’s been collecting dirt for three months.”

“This bathroom in my dad’s new house. I’m 6’1”. The room is so short they had to cut holes in the ceiling over the toilet and sink so you can stand up.”

“My school yearbook that put gray text on a gray background.”