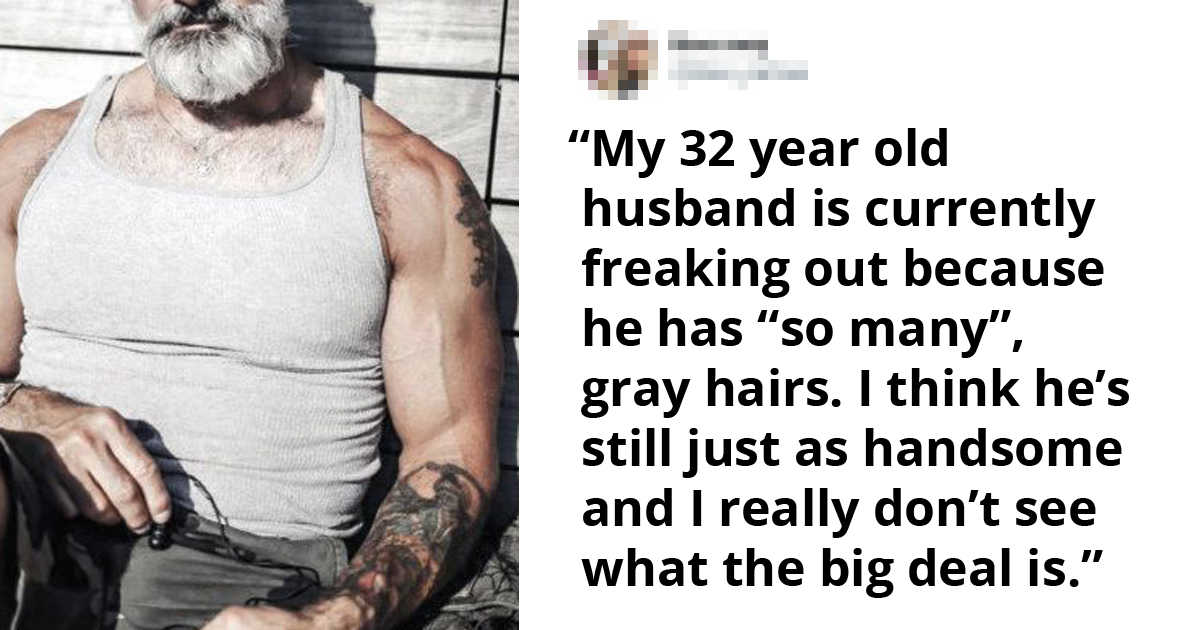 There are way too many ridiculous standards society puts on people when it comes to becoming a man. It doesn’t help adults actually sow seeds of toxic masculinity on men, making them feel insecure about the weirdest things. Of course, women can have preferences, but it’s not like your wife will divorce you because you grow some chest hair.

A Reddit post titled “What common insecurities do men have about their bodies than women don’t actually care about?” has received countless answers and even personal stories from women. Hey, guys, there are many fine women out there that don’t care about those things you worry too much about. Embrace yourself.

“I like healthy teeth, but years ago I long-term dated a guy with crooked front teeth that to me made him cuter really, especially when he laughed. I ended up marrying a guy with a gap in his front teeth. Again, great with a good laugh.” – Rainbow_Flamethrow

“My ex hated his voice, he thought it was too high. I don’t even notice voice pitches. But he let it put a fake divide between us which is why we broke up. HIGH VOICES ARE CUTE! DEEP VOICES ARE CUTE! ALL VOICES ARE PERFECT!”

Being nerdy or brainy.

“Don’t worry about coming off as nerdy or brainy- ffs plz think for yourself and ENJOY your hobbies. We actually dig someone with passion and honestly being able to hold conversation with depth is delicious. Extra points on sarcasm, wit and humor.” – goddessofwitches

“It’s better to be individual with your niche interests, looks, sense of humor rather than try to be the brightest. Also, it’s more attractive to acknowledge the success of your friends than to talk about their shortcomings.” – fkiziey1

“There are plenty of hot men that are bald.” – TastyLemonCunt123

Having a belly and love handles.

“I personally love seeing the hips on a guy, and a soft belly is nice to touch and rest on. I like hugging my love from behind, and I want to stretch my fingertips right up under that shirt. Love a tummy, and the amount of hair on it ain’t no thang to me!” – sclerogue

“I’ve been with 10+in and it’s not worth it if all you do is a jack rabbit. That shit hurts actually, wouldn’t go back unless I cared a damn lot about the person attached. What I want is a partner who doesn’t make me feel rushed, and is down to try other ways of pleasure. I’m also attracted to people without d*cks though so that has skewed my opinion on it.” – sclerogue

“My husband is way too worried about how big his biceps are. He was a really skinny kid (our son is the same way) so I think he always just wanted to be the big tough guy. Well, now he’s got muscles and he’s constantly asking me what I think off them. I mean dude I’m into you no matter what size your biceps. Like contractually obligated for the past fifteen years I’m not going anywhere even if you can’t lift heavy things.” – mom_of_the_year

“Showing their emotions. Turns out a lot of guys can’t even cry, because at a young age males are told, “Boys don’t cry, man up!”” – Co11eenxx

“Men always apologize if they c*m early on while having sex, but it’s really not a problem so long as they bring the woman to completion in some way afterwards. Ain’t nothing wrong with a second-round or some selfless hard work.” – luminous_illusions

“Hair on their chest or arms. It’s there, yeah, and no one cares.” – Pileofbrokenkeys

“How tall they are. For real, I don’t give a crap if you’re 7ft or barely 5ft. What’s annoying is a guy who has a problem that he’s whatever height.” – Midiblye

Not being up for it.

“No one wants to f**k for 8 hours. It’s fine.” – TokenBlackGirlfriend

Sweating during the ‘workout.’

“Getting sweaty during sex. I had a bf that always felt so bad if any sweat dripped onto me and I was always like “?????” I literally don’t care, keep going.” – boopedydoop

“Money. I’ve seen a few guys try to act like they have money to burn in order to impress their dates (me included) but then not be able to pay the bills at the end of the month. Honestly, I’ll take stability and honesty over a fancy dinner any day.” – EchoFoxAlpha

“My 32-year-old husband is currently freaking out because he has “so many” (it’s not that many), gray hairs. I couldn’t give two sh**s lol I think he’s still just as handsome and I really don’t see what the big deal is.” – Smoky-The-Beer