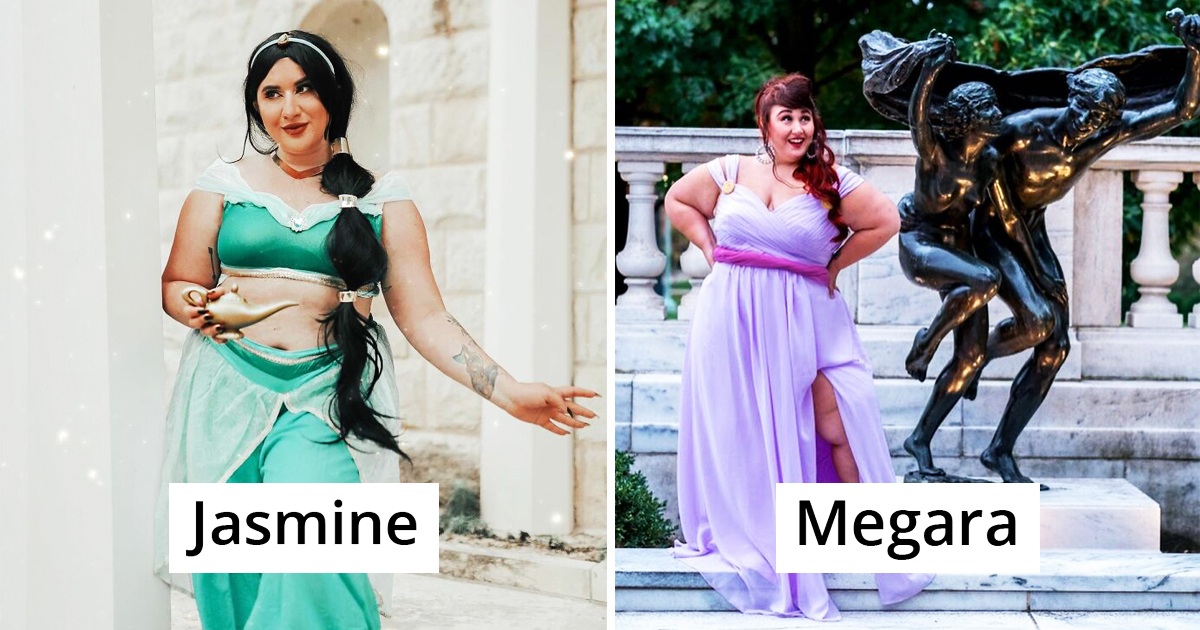 Halloween has satisfyingly passed, but its vibe hasn’t ended. An Instagram influencer, alongside plus-sized models, has recreated Disney Princesses in chubby-like appearances. The #PlusSizePrincessProject for Halloween was indeed an outstanding success as it preaches the urgent need for larger bodies to be represented in media. Plus-size has gradually evolved into a crucial subject matter, mostly as it hasn’t fallen into the societal understanding of a body type.

The world presently struggles to fit into the societal standards of being perfect and being in a particular physique – skinny and tall. But many women are beginning to break this perspective by embracing their bodies and redefining the standards. Natasha Polis is the brain behind this project, and with her massive Instagram following, she decided to promote the concept that Disney Princesses should be available for all. Portraying classic princesses like Elsa, Ariel, and Bella, the project perfectly highlights a more diverse cast. Have a look!

Regardless of what you think about Disney Princesses, there’s undoubtedly at least one way to make them inclusive for everybody – offering a plus-size princess! Disney princesses have remained mostly white and all thin, but here we have a chubby gorgeous looking Mulan by Marie Tran of @magicandmarie as well as a graceful, pretty Snow White.

Everyone loves Rapunzel, a beautiful girl with long hair. Similarly, every girl’s dream is to have a happy life like Cinderella, the maltreated girl who had lost her glass shoe at an event. Both Cinderella and Rapunzel’s thin-curvy appearance has remained the most desirable body type, but as seen, plus-size versions of them seem to catch up pretty fast. Model Rosey Blair chose to pose as Cinderella, wearing a black choker and a blue sundress.

Women are, incredibly, taking the lead, and they are indeed at the top of their modeling game. Polis and her friends are teaching us how to celebrate our bodies just the way they are. ‘We took up more space than most, yet our larger bodies are lacking representation in media. So here’s our response this Halloween: Influencers dressing up in our style as beloved female Disney Characters. Polis had written to her over 77K followers on Instagram.

Both Inclusive and diverse, the above photos of Tinkerbell and Merida amidst others prove that queens/princesses can originate in all forms, colors, sizes, backgrounds, and styles. These photos are the perfect definition that you can still dress up in your most-loved Disney Characters as there isn’t a reason to think you can’t.

Model Hunter McGrady, known for her appearance in Sports Illustrated, posed as Elsa from Frozen. ‘How amazing would it have been to see a plus-size princess growing up? It’s incredible how much is ingrained in us at such a young age.’ Hunter had also written on Instagram. Michael McGrady poses as Anna donning braided red hair and a pink cape. They both look stunning. Would you agree Elena indeed looks lovely?

Other women, specifically fashion influencers, are also featured in the plus-size princess project. Apart from asking influencers to dress as Disney Princesses, Polis also featured a wide range of female characters working with more diverse characters. Here’s Kida from Atlantis by Adriana of @bibbidibobbidi_broke and Megara From Hercules by Alysse Dalesandro Santigo of @readytostare.

Heather Traska poses as Aurora from Sleeping Beauty for the Princess Project while Candie poses as Esmeralda. Candie, who goes by the @smileandpearlss, had created her outfit for less than $25. Her tambourine was explicitly made out of foam, and the cover is just two yards of purple fabric.

Alice From Alice in Wonderland

Ashlee Rose Hartley poses as Alice from Alice in Wonderland while Natasha Polis herself posed as Bella. Curve models are, however, on the rise. Natasha and her friends have cheerfully broken the stereotype barrier that comes with the fashion scope. Do learn to embrace and celebrate your body while also defining your fashion standards. Besides, which of these plus-size Disney characters are you impressed with?